Michael was invited to talk to BBC Three Counties Radio presenter Nick Coffer to talk about growing up with hearing loss and how to live life to the full. From the outset, Nick was surprised to learn that Michael was even wearing hearing aids as they couldn’t be seen. He had expected to see something far more visible and an obvious signpost to the fact that Michael was deaf. He asked if this sometimes made it difficult for him in social situations, as unlike blindness or a physical disability, deafness is invisible.

Listen to the full interview here: 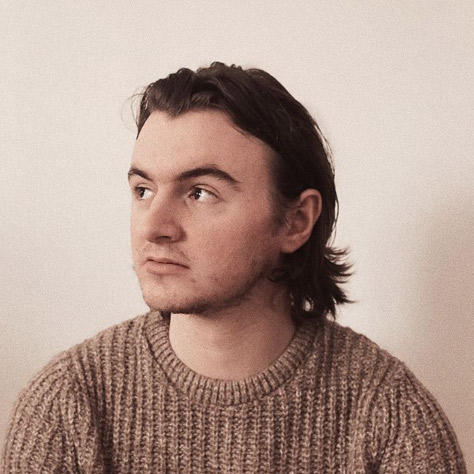 Michael agreed it is sometimes difficult for people to realise he is deaf and when they are made aware of this they start to speak very slowly and much louder. “I find it awkward sometimes, depending on the situation, to tell someone I am deaf, – they often think this means you cannot hear at all which is not the case.” He went on to explain that exaggerated slow speech is not helpful and it is just important that people face him and enunciate words clearly, but naturally.

When asked about growing up with deafness Michael explained that he was born with a severe sensorineural hearing loss which was believed to be a genetic condition and his sister had the same diagnosis. He started wearing hearing aids at a very young age and relies on hearing technology in order to hear the world around him. The aids helped him throughout his school education but at college he found he was requiring more from his hearing devices and moved to private hearing aids. This enabled him to access the technology he needed for all the activities he wanted to pursue.

Music has always been an important aspect of his life and he finds it a welcome escape. He studied music technology at school and has recently started to learn to play the cello. This surprised Nick as he had not considered it possible to study and enjoy music with a severe hearing loss. He was intrigued to understand more how things sounded to Michael without the use of hearings aids and was told that for him “it is like when you are swimming and your ears fill with water”. There is some sound but clarity is difficult and modern hearing aids can help with this. It is also important to be able to see people’s faces and helpful if they just speak a bit louder.

Another aspect of their discussion focussed on speech as Nick pointed out how well Michael spoke and wanted to find out how he learned to speak as a child. Michael had speech therapy at primary school which helped as all the words in his vocabulary had to be taught to him. With good hearing you can pick up words in conversation and how to say them quite naturally by copying and repeating without really thinking about the process. For Michael’s particular deafness “each word has to be stripped down and taught to you”. Gradually a bank of vocabulary is built up and you are able to reproduce the words more naturally. When faced with a new word or phrase however Michael explained this can throw him as he needs to pause and think about how to get the sound right. He described this to be like the Spinning Rainbow Wheel on Apple’s desktop devices that spins round as the device tries to unfreeze.

This was very revealing to Nick and he was amazed at the concentration required to form words into natural speech when hearing is difficult. In summary several key points were made to give the listeners a flavour of what it is like to live with deafness but crucially how it doesn’t prevent you from enjoying life and trying new things.