Sandra was introduced to Aston Hearing in the early days, when Sue Webster first started the practice from her home in Loosely Row. We were all very sad to hear that Sandra had passed away as a result of contracting the Coronavirus earlier this year and wanted the chance to celebrate her amazing life. Here, with her husband Hugh’s blessing, we share a bit of her extraordinary talents and discover a life truly well-lived. 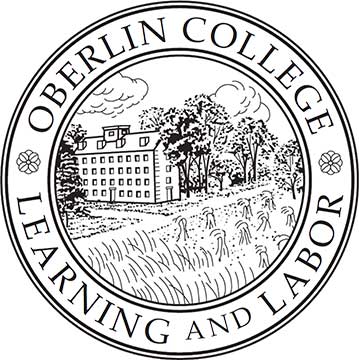 Sandra was born 1940 and grew up in Hellertown Pa. USA. Her grandparents were Russian Orthodox Ruthenian immigrants from the Carpathians who left to start a new life in the USA in the late 19th century. They met and married in Pennsylvania. Sandra inherited a love for music from her mother who had sung with the world-renowned Bethlehem Bach Choir. Piano and singing became her passion. She won a scholarship at the young age of 16 to the prestigious Oberlin College, Ohio to study piano, voice and chemistry. Oberlin is regarded as second only to the Juilliard for music and was the first university to admit both women and out-of-state non-white students. It cites many well-known alumni including author Tracy Chevalier (Girl with a Pearl Earring).

After graduating with honours, Sandra started a career in medical diagnostics, first specialising in the detection of neural tube defects in mothers at risk of bearing a child with spina-bifida or anencephaly. She later became a clinical trials manager for Janssen Pharma (later Janssen CILAG) in Saunderton, Bucks.

It was her career in pharmaceuticals that brought Hugh and Sandra together as they met when delegates at a conference in Maine. Hugh was working for Amersham International based in Chicago. They married and settled in the UK in 1978. Five years later they took up jobs in Denmark, (‘among the best years of our lives’), where Sandra ran clinical trials for Janssen Dk as a part of a pan-European team. It transpired that many of the team were themselves classical musicians, some connected with the Dusseldorf Opera and they performed as a group together. On one occasion they were invited to play at a private event for Dr. Paul Janssen at his mansion in Beerse. Sandra accompanied the soloists from the opera company and made such an impression that they tempted her to return to Dusseldorf with them as they hailed her as their “best accompanist ever”. It was one of her proudest achievements to have been offered this position, but she declined.

Sandra returned to the UK in 1987. Soon after she became a British citizen thus gaining dual citizenship. She and Hugh pursued other interests together, mainly a passion for antiquity and genealogy, First Nation Haida art from the Canadian West Coast, ( the collection sits proudly in their home to this day), and Burmese cats (‘a house is not a home without at least one’). Together they travelled in Europe, North and Central America and the Middle East on many historical tours; some guided, others unaided ventures of their own. They included Egypt, Syria, Jordan, Andalucia, Crete, Rome/Ostia, Libya, Orkney, Iceland, Mexico and possibly the best of all – Haida Gwaii (previously the Queen Charlotte Islands).

Sandra and Hugh developed a keen interest in genealogy, tracing both her own family history and Hugh’s also. They succeeded in tracing her ancestry from the Austro-Hungarian empire and unearthed many interesting facts. These searches took them to archives across Eastern Europe (Poland, Slovakia, Estonia, Latvia to name a few). A highlight was a gruelling trek, including wading through the freezing waist deep water of the Wistok river to the razed Polish village of Polany Surowicze, where her maternal grandmother was born.

Sandra’s reputation in the field of genealogy culminated in both her and Hugh becoming Trustees of the Society of Genealogy, a role that took them to many major Family History events at the NEC, Olympia and Glasgow. At these events she and Hugh would together run the Eastern European “Ask an Expert” desk, helping families tracing their ancestry ‘beyond the Danube’.

In 2008 Sandra became a well-loved member of the local choir, Amchor, which gave her a huge amount of pleasure even until more recent years. Sandra’s hearing loss never inhibited her passion for the piano and singing and she sang alto and later as a tenor as she got older. She managed her hearing loss incredibly well with the support of Sue Webster and later Duncan Collet-Fenson and a pair of discreet hearing devices.

With such a colourful life it was heartbreaking to witness Sandra suffer the effects of dementia in the last few years of her life. Dementia is a condition that impacts very much on the loved ones around you and makes it so important to remember the person beyond the disease. For Hugh there are so many wonderful ways to remember the Sandra that came before this time and when asked for any particular memory he shared the following:

“On a trip to Libya, our group was leaving from a tour of the museum in the centre of Tripoli. Our visit coincided with that of several world leaders who were also in the city. They included the president of France and Hugo Chavez (for his award of Col Gaddafi’s own version of the Nobel Peace Prize!) An impressive presidential cavalcade, including Gaddafi himself, approached around the central plaza. As we watched the scene, held back by armed security, I saw Sandra and a friend (who had already left the museum) stroll back towards us across the square, chatting animatedly to each other as they stepped out across the presidential parade, apparently oblivious to what was going on around them. Fortunately, although our Libyan guide was close to panic, it caused no arrests or disturbance”.
This is just one of many incidents that sums up the confidence, strength of character and passion that Sandra exuded throughout her life.

It is indeed our pleasure to have shared some of Sandra’s later life and she will be dearly missed by all who knew and loved her.
Our thanks to Hugh for allowing us to share some of her story and to remember her.