My life with profound hearing loss by Ruby Sharp

Long time client, Ruby Sharp, has lived with a profound hearing loss her entire life and continues to embrace challenges that come her way. She has had a varied career in nursing and teaching and currently  teaches ceramics and art to students from her own pivate studio. This is her story. 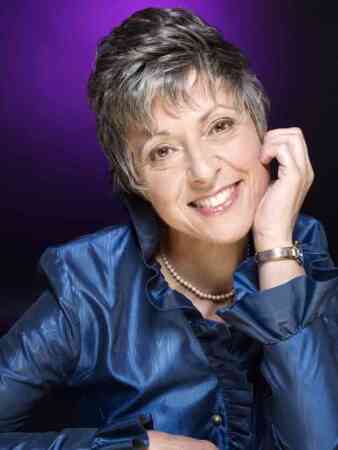 “I was born very prematurely at 28 weeks gestation and spent 6 weeks in an incubator, requiring resuscitation twice in the first 2 weeks. This was in the early 1950’s  and it may not be a surprise that I did not come out unscathed.

I was slow to learn to talk but everyone just thought I was shy. It was not until the first week at primary school, when hearing tests were given to everyone, that hearing loss was discovered.  My hearing journey started with yearly visits to Gray’s Inn Road ENT hospital in London and basic hearing ‘amplifiers’ (really known as ‘aids’). I was only given aids for one ear – for some reason which I have never understood.  They made everything louder and they did not help my type of hearing loss, so I never used them and relied heavily on lip reading and my residual hearing. This meant that I missed much of what was going on. I was discharged at 15 as then I was classed as an ‘adult’.

Speech therapy was included for 2 years for which I am thankful. This helped me to speak with  normal annunciation, though I have had comments like – “ were you born with a cleft lip, you speak funny,” and many others.

I was in the lowest stream in primary school which was boring. On to secondary school I was given special remedial spelling and reading classes until my form teacher made me join the mainstream class. The expectations for me were low but I was determined to show I could do whatever anyone else could, despite my hearing loss.  I especially wanted to prove wrong a primary school  nurse as she told me not to expect to do anything in life other than be a factory hand.

Art was my forte and I excelled enough to take A level early. I was good at biology, maths and history too. I left school with few qualifications, went to work in an office as a clerk and did English ‘O’ level at evening classes. This allowed me to apply for nurse training which was incredibly stressful as I had to concentrate so hard and use my eyes more  to compensate for my hearing loss, but I qualified none the less. The most stressful time was in theatre during surgery . I loved being there but not being able to lip read with face coverings was extremely hard. Coping with face maks during this pandemic has been very similar and I manage with some  difficulty even though I now have decent hearing aids.

My hearing deteriorated over time but as technology improved I was able to get aids that better suited my hearing loss. I applied to Art School at the end of nurse training and became a product and museum designer and project manager. I was head hunted in my degree show so had a choice of jobs to consider. I like to think it was a combination of luck and a bit of stubbornness that helped me get there.

Hearing aids were developing at a pace  and so I went to the NHS and was fitted with BE11 aids.   The new aids were not yet digital but were adjustable to a limited extent. These only helped slightly and I was told that I would have to go privately to get better aids.

Cutting a long story short, I moved to Amersham, married, had children and then was made redundant from my job. My husband was also made redundant a little later and I felt the need to go back to work.

I went back to nursing part time for a while and then decided to become a teacher. I approached the job centre for help via the ‘back to work scheme’ to get better suited hearing aids and was then introduced to Sue Webster at Aston Hearing. Sue was running Aston Hearing from her home at that time as it was  the early days of the business.  My relationship with Aston Hearing had begun and remains as strong today and I have  loved watching the service change and expand over the years.

Teaching in a secondary school was extremely difficult with the noisy classrooms but I persevered and then left to become an adult tutor teaching ceramics and art. This is what I do now, currently from my own studio. From here I make, sell and give others a creative experience – and I love it.”

About the Author: Charlotte Scott