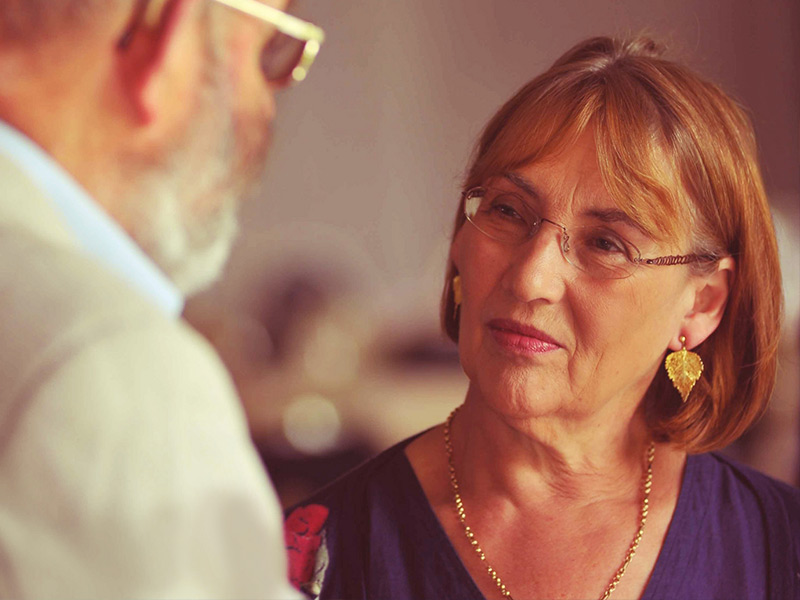 At 5.30am as I sat drinking a cup of tea and listening to the news; I felt fine. An hour later, as I set off on my cross-country journey to work in Amersham, I was suddenly aware that my hearing had become rather muffled. Probably a middle ear blockage I guessed, putting on my audiologist’s hat and offering myself the benefit of my professional opinion; my ear was probably congested.

I was surprised and a little puzzled when the test showed that my middle ear was completely normal. I asked another colleague to do an audiogram for me and by 8.30am I was sitting in our soundproof booth wearing headphones, feeling anxious and by now conscious of having high pitch tinnitus; it made me realise what a disconcerting experience this must be for our clients. I struggled to hear the puretones from the audiometer against the dreadful wind-like noise in my head. The resulting audiogram showed a severe loss of hearing in my right ear and, most shocking of all, it was sensorineural – a nerve deafness, which in the majority of cases indicates permanent hearing damage.

At 9am I contacted Mr Cox – the ENT consultant on duty at the nearby Chiltern Hospital. He confirmed that my one-sided, sudden onset, nerve deafness – across the frequency range, was likely to be the result of a viral infection and that the only possible cure was an instant course of treatment to be administered at the Radcliffe Infirmary, Oxford. The theory behind the treatment is to knock the virus out of the system before there is permanent irreversible damage to the inner ear/vestibular system. In other words, limiting the damage before the virus really takes hold – say within 12-24 hours of the symptoms arising. I knew the theory, I also knew that it was rarely successful and the end result was usually permanent hearing loss in the affected ear(s) often accompanied by balance problems and tinnitus. 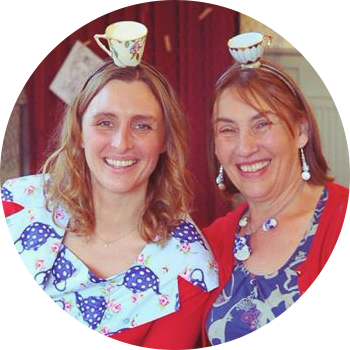 The treatment involves high doses of steroids and anti-viral tablets and the administration of an oxygen/carbon dioxide gas mix – known as “carbogen gas”. At 2.30pm I was admitted to ENT at the Radcliffe Infirmary and the treatment began under the close supervision of ENT Consultant, Mr Ian Bottrill. The strangest part of it was having to inhale the carbogen gas for five minutes every two hours. Following the third session of the gas inhalation I was suddenly aware that the “cotton-wool” feeling in my head had cleared. It was 7.30pm and my hearing felt as if it had been restored; I hardly dared to believe it.

The following morning I was delighted to find that my regained hearing was still there and although the treatment with tablets had to continue for another week I now felt confident I’d make a full recovery. Although the profession has known for some years that the sudden onset of a sensorineural hearing loss can respond to this treatment – particularly when it is predominantly on one side – it is rare for it to be so effective. The key seems to be the speed of treatment from the initial diagnosis. Normally it may take an individual a few days, if not weeks to see a specialist about a change in their hearing, by which time the window of opportunity is gone and the damage is permanent.

As a hearing aid audiologist, I was in an extremely privileged position – able to detect and diagnose the problem and report it speedily to the consultants at the Chiltern Hospital, to whom I’m indebted for their immediate attention. What most people don’t know is that sudden sensorineural deafness is a symptom that does not need a GP referral; because it’s considered an emergency, you can self refer directly to an ENT specialist at your local hospital, saving crucial time.

Aston Hearing offer an emergency out of hours contact number to call if you think you are experiencing SSHL 07970 522150 or call 01494 733840 during office hours. We can advise on the best appropriate action for you to take.

About the Author: Kate Collet-Fenson

Originally Kate had no intention of joining her mother’s business; it was only when her husband, Duncan, started to work for the company that she became more personally involved. Once this interest was ignited she worked hard to help grow Aston Hearing Services and is responsible for managing the office on a day-to-day basis. She became a qualified Hearing Aid Audiologist in 2002. Kate has become very involved in the development of the network of Independent Hearing Professionals (IHP). IHP is a larger network of hearing professionals whose aim is to promote hearing health awareness to the general public.