“I am an ENT Surgeon and was Professor of ENT in Manchester for 20 years. I gave up the N and the T and specialised in Otology and Neuro-otology. Over the years I removed around 1200 acoustic neuromas.  In the 1980s interest began to grow in the possibility of restoring the hearing of profoundly deaf individuals by stimulating electrically the residual neural structures in the deafened ear – so the idea of cochlear implants began to evolve, amid, it must be said, an atmosphere of intense criticism in certain quarters. “ 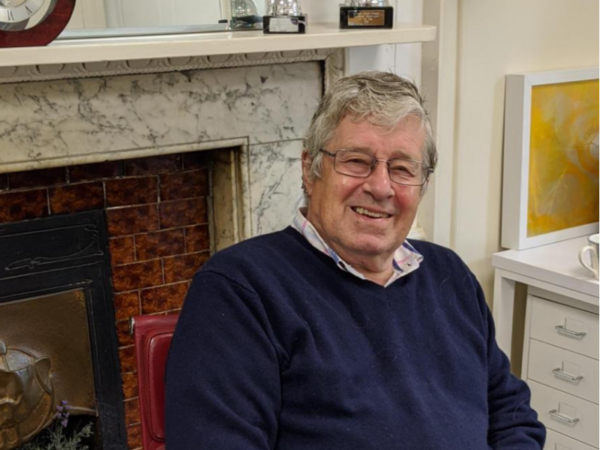 “Initial cochlear implants were simple single channel devices and were not inserted into the cochlea but were placed on the round window membrane.  The results did not impress me.  But once multichannel devices were developed and were inserted inside the cochlea, spectacular outcomes were to be expected.  Britain was slow off the mark largely because of the lack of government finance.

I was lucky to have a patient who recognised the immense possibilities that we could achieve and together we set about raising the money for a centre in Manchester, and in 1988 we established the country’s first multichannel programme. Other centres sprang up and the great breakthrough came when the government agreed to finance the operation (estimated cost of £40K a time).

Now it is a routine operation and has restored or given hearing to thousands of severe to profoundly deaf adults and children. My own personal tally was well over a thousand.  Children benefit if implanted when very young; with neonatal hearing screening it is now possible to identify and implant little kids under one year of age and give them speech and language on a par with their normal hearing peers.

Assessment of suitability for an implant is crucial and involves detailed evaluation of residual hearing, and imaging of the cochlea. Some cochleae are not suitable for an implant, for example after an illness such as meningitis.

Before retiring from Manchester about 7 years ago, I introduced the Auditory Brain Stem implant for certain patients whose deafness is the result of neurofibromatosis and associated acoustic neuromas. I am no longer involved in clinical work but am enjoying following the ongoing developments from the side lines.

COVID-19 has brought to light an interesting problem.  There does seem to be an increased incidence of deafness and tinnitus after infection with the virus.  This is not surprising when you consider the other viruses that can cause damage to the inner ear: measles, rubella, herpes to name just a few.  One of the Charities of which I am a trustee has helped finance a study by Kevin Munro of Manchester University into this subject and I shall be fascinated to see what the results show. ”

About the Author: Charlotte Scott